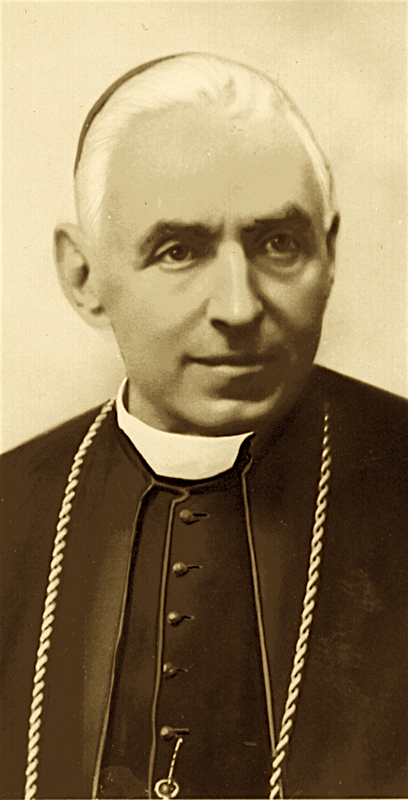 A man, a bishop, a founder

Who is Blessed John Baptist Scalabrini?

He is an unknown figure to almost everyone. Yet John Baptist Scalabrini, a seemingly obscure Roman Catholic Bishop of a rural northern Italian diocese, Piacenza, from 1876 to his death in 1905, is perhaps more than anyone else the single-most important architect of a global outreach on the part of the Catholic Church in the ever-increasing fields of migration and refugee flows. His innovative thinking, analysis of the migrants’ and refugees’ plights and efforts on their behalf continue to inform and even inspire the Church’s efforts in this field down to this day.

Giovanni Battista Scalabrini was born in Fino Mornasco (in the province of Como in northern Italy) on July 8, 1839.  The third of eight children, he attended the local State High School, where, from his first year, his remarkable intelligence and consistent efforts made him a top student. He was ordained a priest in 1863 at the age of 24, after which he expressed the desire to become a missionary. Instead, he was assigned by his Bishop to teach at the minor seminary and also to act as Vice Rector and later Rector.

Scalabrini’s practicality, readiness for action and gifts as a fine religious administrator served him brilliantly as an untiring pastor. He needed such gifts as noted by one of the official examiners of his heroic virtues – the first step in the road to official canonisation of an individual in the Church – noted, he had “such an imposing quantity of work that it leaves any ordinary person not only edified, but thoroughly daunted”.

Another feature of of his pastoral work was his surprising ability to infuse all his people with an insight into their vocation as disciples of Christ so that their faith led them from the cradle to the grave.

For him, everything was sanctified and helped to sanctify, assisting the ever-deepening personal friendship with God that the Second Vatican Council was to declare more than 50 years after his death to be the universal call to holiness, the basis for every human life.

Interestingly, unlike other contemporary saints, Scalabrini’s life was not surrounded by miraculous events. What was miraculous, in a sense, was his immense confidence in Providence. Scalabrini is not a saint and a bishop but a saint because he was a bishop who lived his vocation to the best of his ability.

Today, Bishop Scalabrini stands out as ideal pastor for the modern era. His motto as pastor was St Paul’s “make yourself everything to everyone”, and what is clearly special about his life is the intensity and breadth of his commitment in whatever field he entered.

Those who knew him regarded him as sociable and accessible, direct and open, sensitive and vulnerable. Yet he was also lucid, vigourous and had a deep trust in ascetic practice. He may have been sensitive but was also resolute as a leader and decisive in control of spontaneous impulses, refusing to succumb to emotional pressure or transitory whims of the moment.

Finally, Scalabrini was also a pioneering bishop, an explorer able to step outside the accepted boundaries and thinking of his day to go further, to confront obstacle and use them as opportunities to advance. “Without doubt”, he once said, “we are in the hands of God, but we must not sit there idly.”

Bishop John Baptist Scalabrini died on June 1, 1905.
He was proclaimed Blessed by Pope John Paul II in Rome on November 9, 1997.

“Not all of us can do everything, of course, but who is there among us who cannot do something?”
Blessed John Baptist Scalabrini

Scalabrini was called SERVANT of his people, APOSTLE of the catechism and  FATHER to the migrants.

Between heaven and earth: the angels’ coat-of-arms of Bishop Scalabrini

Taking his inspiration from Jacob (Gn 28: 12), Blessed John Baptist Scalabrini chose, as the motto of his episcopal coat-of-arms, the verse, “Video Dominum innixum scalae” (I see the Lord at the top of the stairway).

This was a metaphor of a man of God who wanted to be on the frontier of dialogue between Heaven and Earth, between God and his People, between the Church and the World, between Faith and Country. Hope as the journey, faith as the stairway, and love as vision.

Humility as lifestyle and servitude

From St. Charles Borromeo, the Scalabrinian Missionaries have inherited even his motto, namely, “humility,” a virtue that should characterise their lifestyle and their service to the migrants.

“One saves souls on one’s knees,” St. Charles Borromeo used to say. That is to say, we save souls with prayer, humble prayer to “Christ, meek and humble of heart,” to Christ who humbled himself to be one with all humanity.

St. Charles Borromeo, the Patron Saint of the Scalabrinians

“The time has come, my dear friends, to definitively place our Congregation under the patronage of a saint, and (…) and to my mind there came – more radiant and gentle than ever – the figure of the great St. Charles.
From now on, you will have the honor of calling yourselves The Missionaries of Saint Charles.
St. Charles was an example of undaunted constancy, of generous patience, of enlightened, unrelenting and magnanimous zeal. He was an example of all those virtues that make people real apostles of Jesus Christ. He thirsted for souls!”

(Bishop Scalabrini in a letter to the Missionaries for the Italians in the Americas, on March 15, 1892, Piacenza).

Saint Charles Borromeo (Arona, 1538 – Milan, 1584) was an Italian cardinal, the first bishop to found seminaries for the formation of future priests; he promoted diocesan synods; he abounded in catechetical writings and knowledge of the Catholic doctrine.

He was the son of Count Gilberto Borromeo and of Margarete de Medici, sister of Pope Pio IV (1559 – 1659) of whom he was a nephew. Charles received an optimal human and christian formation, in the form of studying at the University of Paivia and he stood out in his easy ability to administrate and how to treat people. Called to Rome by the pope, his uncle, Saint Charles even before receiving the Sacrment of Holy Orders, accepted the nomination and responsabilities as Cardinal and Archbishop of Milan at a time when the Church was opening up to its internal renovation.
A bishop who became for the Church a model as a pastor and of charity, as he was completly consumed by guardng and saving souls. Saint Charles, soon after having helped the Pope and having motivated him to put into practice all the inspired content of the Council of Trent (1545 -1563), undertook with ardor the mission to obey the decisions of the Council, which responded to the needs of the Church of that epoch, and also to take to all the faithful of the Milan Diocese to Christ. .
Detimined, he was the first bishop to found seminaries for the future priests, he promoted dicoesan synods, wrote abundant catechetical writings and was knowledgeable in the Catholic Doctrine, promoted good media and assisted with his zeal and holy apostolate all in his region besides helping in the Evangelization of other areas of Europe. in this way he gave his live to God, spending it totally on the well being of others and the Church.
He came from a noble Italian family, was made cardinal and archbishop of Milan by his uncle, Pope Pio IV. Feeling attracted to a contemplative life, he thought about reunouncing his archdiocese. But his friend the Venerable Bishop Bartolomey of Martires, Archbishop of Braga, dissuaded him from the idea, convincing him that, in that century in which the high clergy so many times gave a bad example, it would be better that he, higlhy placed on the social scale and whats more the nephew of a pope, give the good example of a holy life as archpishop. Thats what made Saint Charles Borromeu, a perfect model of a pastor de zelous souls, which he applied in Milan in the reforms ordered by the Council of Trent.
Bento XVI in refering to him affirmed: His stands out in the XVI century as a model of an exemplary pastor in charity, doctrine, apostolic zeal and above all, in prayer.
He completely dedicated himself to the Ambrosian Church, he visited it three times. He convoked six provincial and eleven diocesan synods; founded seminaries to form a new generation of priests; built hospitals and destined the family riches for the service of the poor; defended the rights of the Church against the powerful; renewed religious life and instituted a new congregation of secular preist , the Oblates. (…) His motto consisted of one word only: “Humilitas”. Humbleness drove him, like the Lord Jesus, to renounce himself to make himself a servant of all.